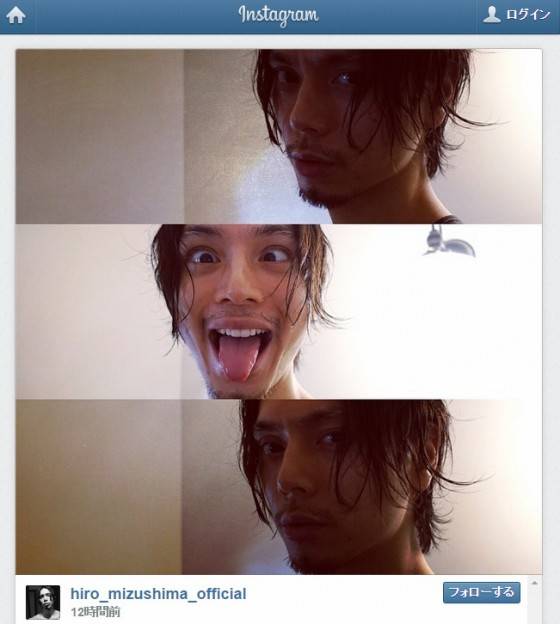 The upload is a combination of 3 pictures of Mizushima. In the top and bottom pictures, the actor stares at the camera with a cool look, while in the middle picture, he shows his playful side and sticks his tongue out.

Mizushima took a break from acting for a brief period of time, but made his comeback in the movie 'Kuroshitsuji' (released in January). He opened his Instagram account on October 2 and has been uploading a handful of private photos, including a two-shot with his wife, singer Ayaka.