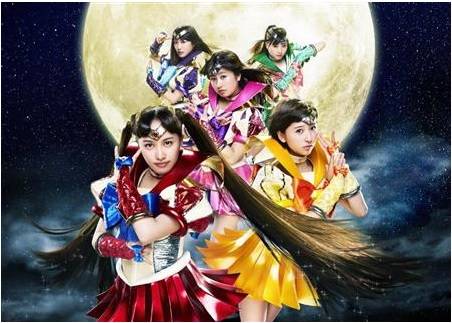 On October 12, it was revealed that singer Kyary Pamyu Pamyu (21) and idol group Momoiro Clover Z will perform at Fuji TV's Halloween event "T-SPOOK~Tokyo HALLOWEEN PARTY~" at the Fuji TV building in Daiba, Tokyo on October 25th and 26th. Fuji TV's "Mazamashi TV" show (Monday – Fridays at 5:25 AM) is in charge of organizing the event, and the show revealed the ladies' lovely Halloween costumes.

On October 25, Kyary will appear for the first ever club-style event "T-SPOOK X TAKENOKO!!!" at the station's observation sphere "Hachitama." On the same day, after a costume parade around the building with the likes of Nishiuchi Mariya (20) and chay (23), Momoiro Clover Z will perform at an outdoor live for 1000 people chosen by lottery on a special stage in front of the Fuji TV building.


Kyary commented with, "I hope everyone is looking forward to the event as my producer Nakada Yasutaka will also be DJ-ing at the event!" Momoiro Clover Z leader Momota Kanako (20) showed her anticipation for the event with, "Please bring your Halloween spirit!"