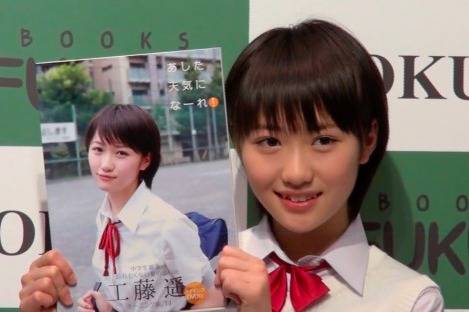 Regarding the photo book that was shot in Okinawa, Kudo commented, "It's a photo book that shows the current Kudo Haruka to the full extent." In Okinawa, she shared that she "became addicted to Okinawan shallots and taco rice," and revealed, "to tell you the truth, I was mistaken that taco rice was rice with octopus (tako) mixed into it. But actually, it has many things that I like in it. I even eat it in Tokyo now."

Taco rice is a popular Okinawan dish that consists of taco-flavored ground beef on rice.

Gesu no Kiwami Otome. to celebrate their 10th anniversary with a best-of album & concert at Makuhari Messe
16 hours ago   0   117