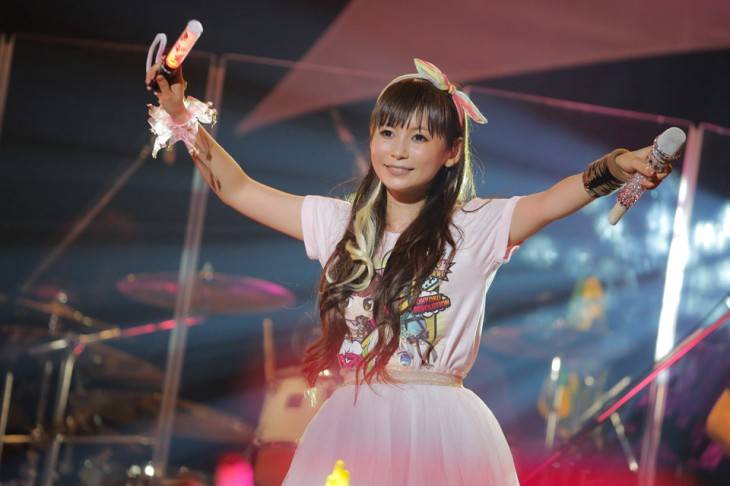 Nakagawa Shoko will hold her birthday concert, tentatively titled 'Level 30 Chou Donyoku?Matsuri', on May 4 and 5 at Maihama Amphitheater in Chiba Prefecture.

This announcement was made on October 12 during the opening night of Nakagawa's nationwide tour 'Nakagawa Shoko Live Tour 2014 Donyoku Kakumei' at Zepp DiverCity TOKYO. The upcoming live will be held on the day before and the day of her 30th birthday.

On this day, Nakagawa performed her new song "Dori Dori", which was picked up as the ending theme for TV Tokyo's anime 'Pocket Monsters XY', for the very first time. This song will be released as her new single next spring.

Nakagawa's current tour will run until November 8 at Zepp Fukuoka.