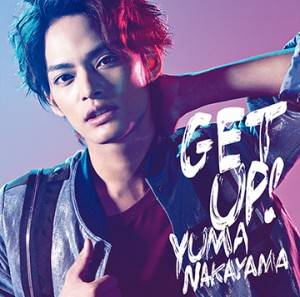 Nakayama Yuma will release his first album "Chapter 1" on November 26.

In addition to his solo singles "Missing Piece", "High Five", and "Get Up!", the album will contain "Kousaten", which was first performed during 'Johnny's Ginza' earlier this year, and "Akuma na Koi", which was rearranged just for the album.

The limited edition DVD will include a short movie titled "Kousaten" and its making-of footage that will amount to about 50 minutes long. Meanwhile, the regular edition will come with three more songs.

On November 26, Nakayama will also release his live DVD 'PLAYZONE 1986????2014?Arigatou! ~Aoyama Gekijou?' featuring the musical he appeared in during summer.