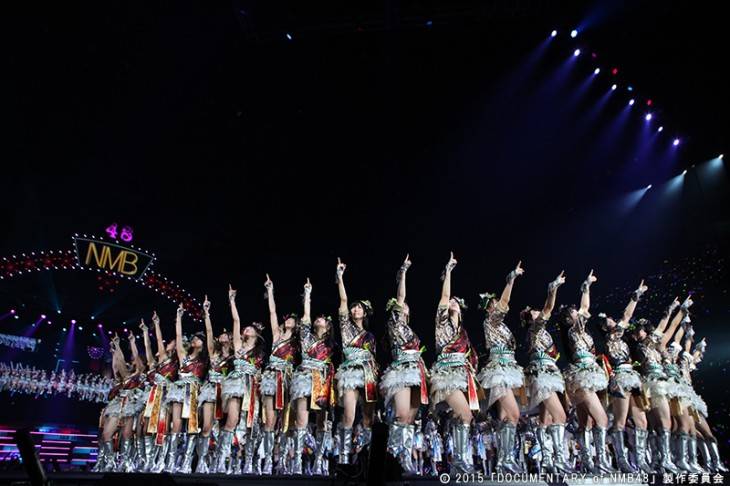 NMB48's documentary film, tentatively titled 'DOCUMENTARY of NMB48', will open in theaters in 2015.

NMB48 formed in Osaka in 2010 as AKB48's 2nd sister group. Their 1st documentary film will follow the group's career before their formation until now. It will reveal the relationship between the two aces Yamamoto Sayaka and Watanabe Miyuki, as well as the reason why Yokoyama Yui, who held a concurrent position in AKB48 and NMB48 for 6 months, loved NMB48. The members will also reflect on the group's past with various episodes and interviews.

NMB48 had expressed their wishes of having their own documentary film during the stage greeting for AKB48's documentary film 'DOCUMENTARY of AKB48 The time has come Shoujotachi wa, Ima, Sono Senaka ni Nani wo Omou?'.