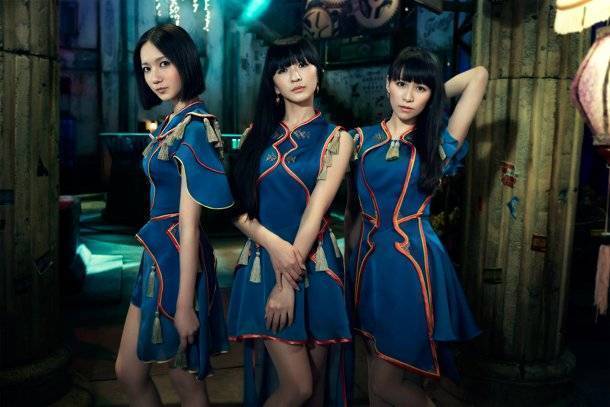 Perfume made an appearance in the American rock band OK Go's PV for "I Won't Let You Down", a track that was included in their new album "Hungry Ghosts" released earlier this month.

Harano Morihiro, who was in charge of NTT Docomo's WEB CM "Mori no Mokkin", served as creative director for the PV, while Seki Kazuaki and OK Go's Damian Kulash (Vo, G) were the directors. Besides Harano and Seki, many other Japanese staff were involved in the making of the PV.

In the PV, the members of OK Go ride on Honda's electric two-wheeled vehicle 'UNI-CUB' and make a formation with female dancers holding a red umbrella. The members of Perfume make a cameo in the opening of the PV as the staff.