Sashihara Rino expresses her intention of remaining in HKT48 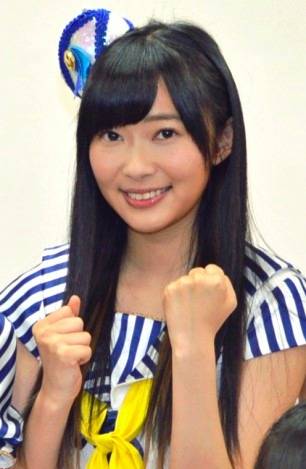 On October 22, HKT48's Sashihara Rino made a live appearance on Nippon Broadcast's 'AKB48 no All Night Nippon' where she talked with producer Akimoto Yasushi about the week's theme 'Kinkyuu Dougi. Sashihara wa AKB ni Modoru no ka?' (translated as: 'An emergency resolution. Will Sashihara return to AKB?').

After her dating scandal, Sashihara was transferred from AKB48 to HKT48 in June of 2012. Regarding the topic, she showed her intentions of remaining in HKT48 saying, "I strongly feel that I have to bring up everyone in HKT. Even after 2 years, I am trying to bring up HKT rather than myself. So until Akimoto-san says 'you've done enough', I have to do it. I can't just say that I want to return to AKB at my own convenience. I intend to do my best in HKT."

When Akimoto asked, "Don't you have any feelings about wanting to return to AKB?", she responded, "There are no such feelings, but there are many advantages of being in AKB. For example, Tokyo Dome (concert). But I can't share with the members of AKB, so I hope I will be able to do that soon with the members of HKT."

She continued, "With Sakura (Miyawaki Sakura), Haruppi (Kodama Haruka), Meru (Tashima Meru), Mio (Tomonaga Mio), and Natsumado (Matsuoka Natsumi, Moriyasu Madoka) there, it feels like we are getting closer to the point where we can look at them on the same level as AKB's senbatsu. That is my pride."