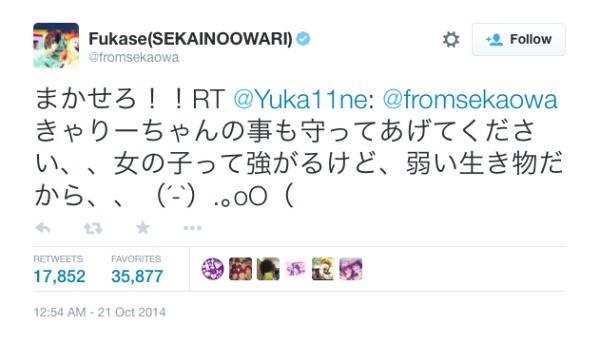 On October 21, SEKAI NO OWARI's Fukase responded to a fan's tweet about Kyary Pamyu Pamyu.

A fan wrote to Fukase on Twitter, "Please protect Kyary-chan. Girls pretend to be tough, but they are weak creatures." In response, he firmly stated, "Leave it to me!!"

On October 10, tabloid magazine 'FRIDAY' reported that Kyary was secretly meeting with NEWS member Tegoshi Yuya. Both parties denied the reports saying that they are just friends.