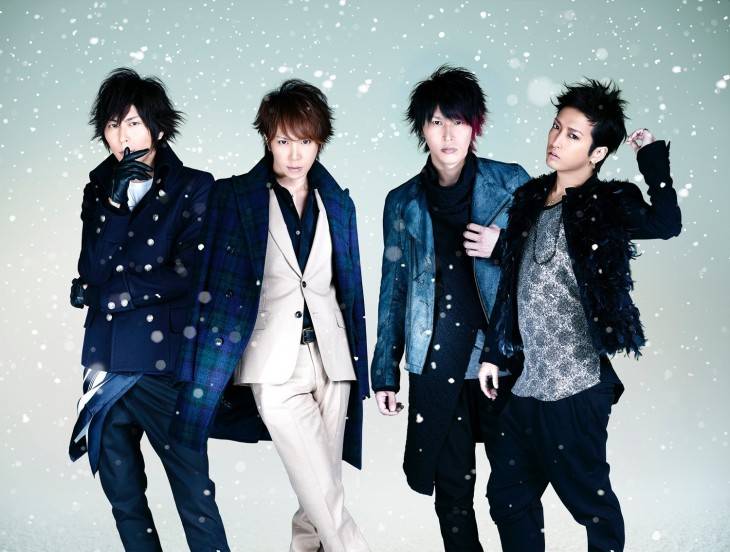 It's been revealed that SID will release their new single "White tree" on December 10.

Until now, SID has released songs with winter motifs such as "Fuyu no Bench" and "2?-me no Kanojo". Their upcoming single is described as a heartrending Christmas song that will shake the innermost souls of its listeners.

In related news, SID will hold a live event called 'Collabo BANG!' on December 27 at Nippon Budokan. At the event, each member of SID will collaborate with a different band or artist. The collaborations include Mao×DAIGO, Shinji×GRANRODEO, Aki×TOTALFAT, and Yuya×LINDBERG.