Takenouchi Yutaka & Kurashina Kana are in a relationship 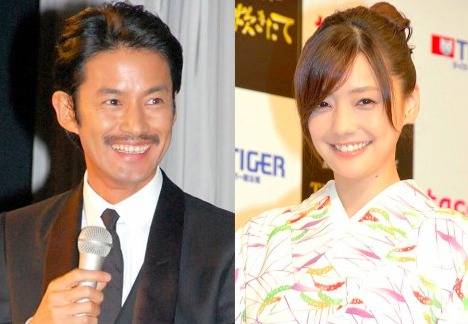 It's been revealed that actor Takenouchi Yutaka (43) and actress Kurashina Kana (26) are in a relationship. After weekly tabloid magazine 'FRIDAY' leaked the info on its October 17 issue, both parties admitted to the reports.

Through his agency, Takenouchi commented, "I am sorry to have caused trouble at this time. I am in a close relationship with Kurashina-san. I'd be grateful if you would watch over us warmly."

Kurashina's agency also stated, "Regarding this matter, we have heard from Kurashina herself that they are in a close relationship. As her agency, it would make us happy if you would watch over them warmly."

Takenouchi was reported to be dating a model about 10 years ago. More recently, there were reports that Kurashina was dating comedian Hamaguchi Masaru. Takenouchi and Kurashina co-starred in the TBS drama 'Mouichido Kimi ni, Propose' in April of 2012. The two may have started dating around or shortly after this time.