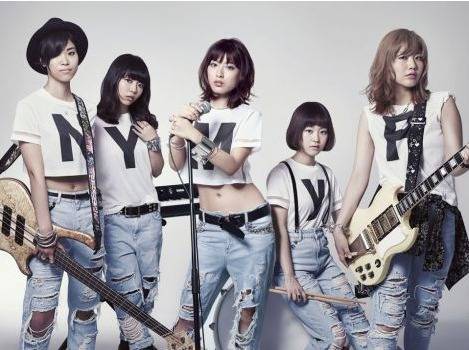 Actress Takimoto Miori will be making her singing debut as 'MIORI' in a new girls band called 'LAGOON'. The band will release their debut single "Kimi no Matsu Sekai" on November 26.

LAGOON was created under Sony Music Records as a "support project that fulfills women's dreams." The members never met each other before forming the band. They are "girls who want to do music" and work in different fields. After auditions, a cafe worker, a mother of one, a student, a paramedic, and an actress were chosen as the members.

Takimoto commented, "This is my first time experiencing rock and band, so I still have a long way to go. However, I still remember how I felt the first time I sang in a live band. It hasn't been long since I met the members, but I don't think time matters very much. I hope to increasingly deepen our bond through music."

Regarding their goals, she stated, "I hope that one day we will be able to give an enthusiastic performance that will reach people at a big place like an arena or Tokyo Dome."

LAGOON's debut single "Kimi no Matsu Sekai" will be used as the opening theme for the anime 'Magic Kaito 1412' (NTV: Saturdays at 5:30 pm) starting October 4.