T.M.Revolution to release a live album for fan club members 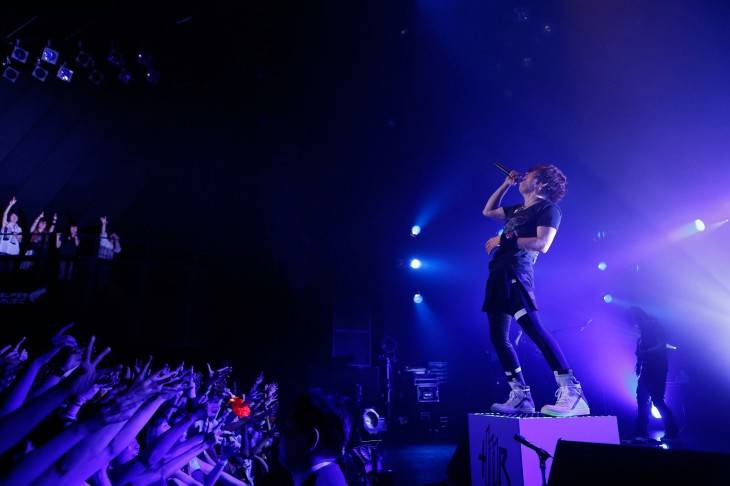 T.M.Revolution will release a live album for fan club members only on December 24.

The album will have a long and unique title, "T.M.R. LIVE REVOLUTION '14  -Ima made 'Kotoshi wa Tandoku LIVE wa Yaranee!' Tekina Nuance no Hanashi wo Shiteta kedo, Nanka Kyuuni FC Gentei demo Yaritakunacchatte…Chigau! Chigau! Souja…Soujanai! 'Heijitsu no Yoru demo, Douse Yobeba Kurundarou?' Mitaina, 'Tsugou no Ii Onna' Tekina Atsukai na Wake Janai yo! Tada, Konya wa Doushitemo Omae ga Dakitakunatta dake…'14-" which roughly translates to "T.M.R. LIVE REVOLUTION '14 -Until now, I've talked about the nuance saying that 'I won't hold a solo live this year!', but I suddenly wanted to hold one for FC... No! No! That's not... That's not right! I'm not treating you like some 'convenient woman', like 'even on a week night, if I call her, she will come right?' It's just that I wanted to hold you tonight no matter what... '14-"

The album will feature live tracks from T.M.Revolution's concert on July 24 and 25 at Akasaka BLITZ where he performed numbers ranging from his debut song "Dokusai -monopolize-" to his latest single "Phantom Pain". It will only be available for members of Nishikawa Takanori's official fan club 'turbo'. Orders will be taken until December 17.