Tohoshinki to release new album 'WITH' in December 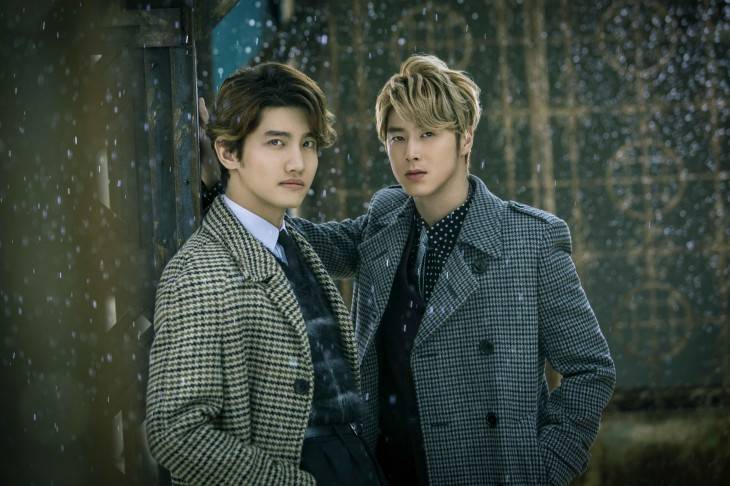 It's been revealed that Tohoshinki's new Japanese album "WITH" will be released on December 17.

Tohoshinki's 8th original album will include tracks such as their already released single "Sweat" (released in June) and their upcoming single "Time Works Wonders" (to be released on November 5). Tohoshinki's last 3 Japanese albums, "TONE" (2011), "TIME" (2013), and "TREE" (2014), all have titles that start with the letter 'T'. Fans can look forward to what kind of worldview will be presented in their upcoming album "WITH".

As previously reported, Tohoshinki will hold a dome tour starting in February of next year. It will kick off at Fukuoka Yafuoku! Dome with a 4-day Kyocera Dome live as the finale. You can check out the full tour schedule here.

DVD A:
?Music Video
Others

DVD B:
?Off Shot Movie
Others