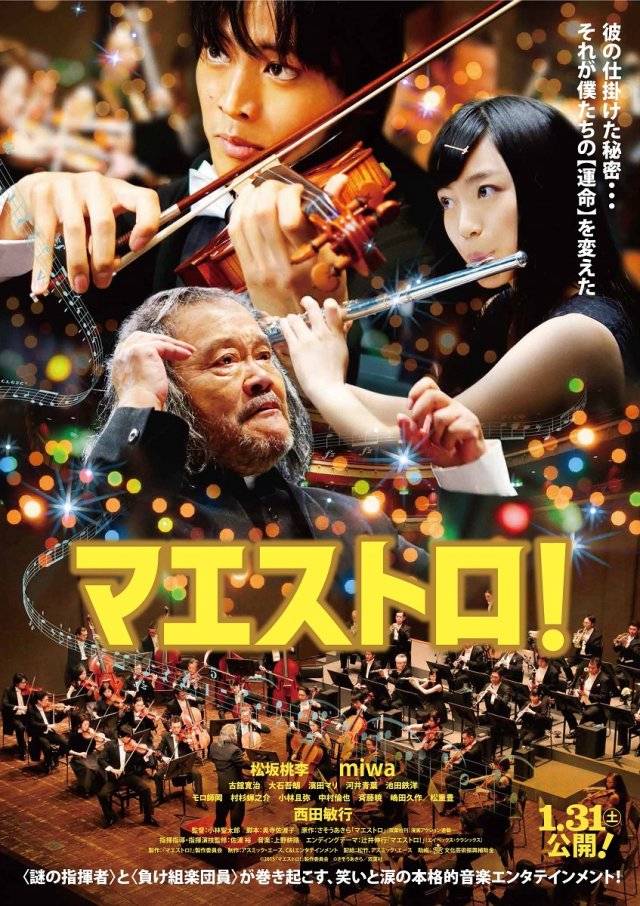 The trailer and poster visual for miwa's starring movie 'Maestro!' has been revealed.

'Maestro!' is a live action film adaptation of Saso Akira's music manga 'Maestro'. miwa will play the heroine, flute player 'Amane'. The trailer features a concert scene with about 800 extras in the audience. You can also see clips of miwa playing the flute, as well as Matsuzaka Tori (as 'Kosaka') playing the violin which he received intensive training for over a year.

'Maestro!' is scheduled to open in theaters on January 31, 2015. The ending theme was created by pianist Tsuji Nobuyuki, and it was conducted by Sado Yutaka.