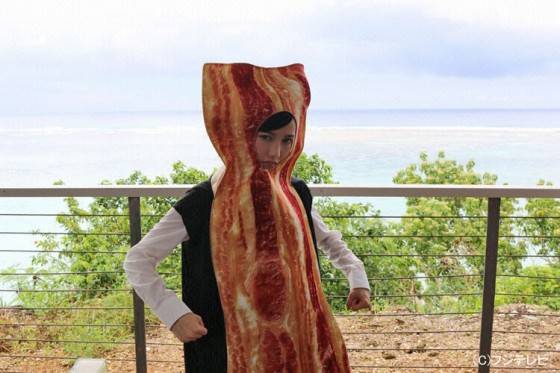 'AKB48 Kankou Taishi' is a program that features the members of the AKB48 groups as sightseeing ambassadors for a day to promote tourist attractions in Japan. The upcoming episode was filmed in Guam, and it's their first time going overseas for the program. Together with Watanabe, NMB48 members Ichikawa Miori and Kinoshita Momoka will promote the charm of Guam.

As Halloween is around the corner, the members decided to wear costumes toward the end of the show. Watanabe, who loves to eat meat, put on a bacon costume and posed in front of the camera with a self-satisfied expression. "This is the first time I got to fully enjoy Guam. I got to know tourist attractions that I've never known before. And in the end, I got to become bacon. I had so much fun," she expressed.