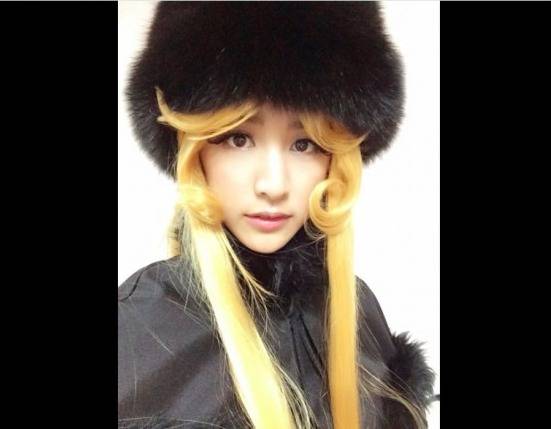 Actress/model Yamamoto Mizuki recently revealed a picture of herself as 'Maetel' from 'Ginga Tetsudou 999' ('Galaxy Express 999') through her official blog.

Yamamoto cosplayed as 'Maetel' in the drama 'Aoi Honoo' which aired its final episode on September 26. She wrote, "I'm putting a behind the scene shot of my Maetel cosplay that I did in 'Aoi Honoo'. I've always wanted to try this cosplay so I had a lot of pictures taken."

Fans praised Yamamoto with comments such as "You're really Maetel!," "Blonde looks good on you!," "Too cute. I'm going to fall in love with you," and "You should be in the live-action version."