Aiba Masaki & Ikuta Toma are in love with each other? 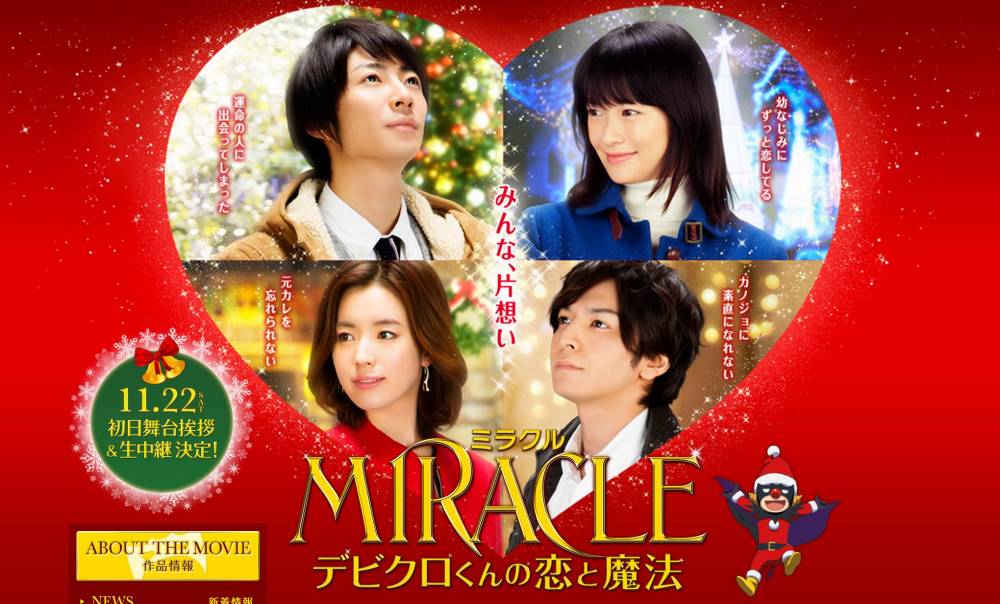 On November 17, Arashi member Aiba Masaki held a promotional event for his starring movie "MIRACLE Debikuro-kun no Koi to Mahou" (to be released on the 22nd) in Yokohama.

Together with his co-star, Ikuta Toma, Aiba attended the Christmas tree ceremony as the surprise guest. At the event, the two talked about how they spent last Christmas Eve, which is also Aiba's birthday, together. Ikuta said, "I just hope I can spend the day with Aiba-kun... well with Masaki again," and Aiba responded, "I am sure we are. I love you," which brought a loud scream from the audience.

Aiba revealed that he was with Ikuta on the 3rd, which was Arashi's 15th anniversary since they released their debut single. Aiba said, "He celebrated at the moment it turned on the 3rd for me." Ikuta then told Aiba, "Should we just go steady?" Aiba answered right away, "If you are okay with me." Looking at those two being lovey-dovey, Eikura Nana, who was also in attendance, said, "I feel uncomfortable standing between them."

Ikuta also revealed that Aiba's fellow member Matsumoto Jun joined them on the 3rd as well and how Aiba and Matsumoto were hugging with each other while crying emotionally. Aiba explained, "We've never had that deep of a conversation in the past 15 years." Listening to that, the audience members couldn't hide their surprise.

You can check out the trailer of "MIRACLE Debikuro-kun no Koi to Mahou" here.