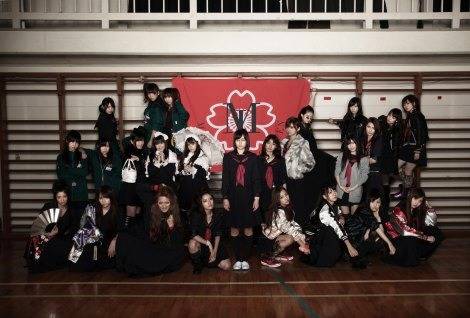 It's been revealed that AKB48's drama series 'Majisuka Gakuen' will return to the small screen after two and a half years. The new series, 'Majisuka Gakuen 4', will broadcast on NTV starting in January of next year.

'Majisuka Gakuen' is an action-packed school drama where the girls of AKB48 take on the roles of delinquents. In the previous seasons, Maeda Atsuko (seasons 1 and 2) and Shimazaki Haruka (season 3) played the leads.

The new cast and storyline are scheduled to be revealed on January 2. The drama's official website features a countdown until the announcement date.