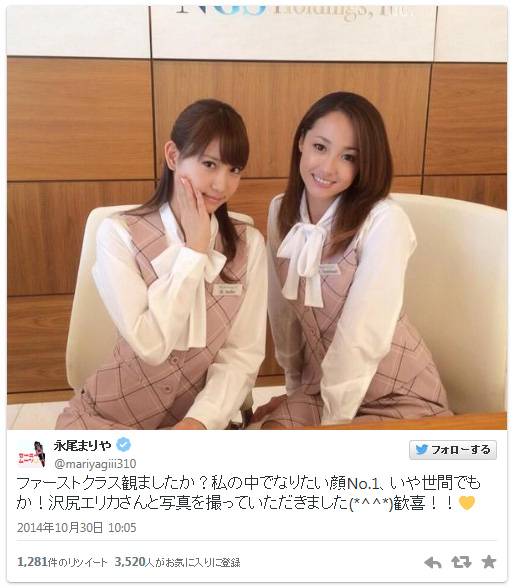 Nagao made an appearance on the third episode of the drama 'First Class' as the role of a receptionist on October 29. The day after, she tweeted, "Did you watch 'First Class? The most beautiful face to me. No, in the world! I got to take a picture with Sawajiri Erika-san (*^^*) so happy!" and attached a two shot of herself and the actress.

Seeing the unexpected combination, fans responded with comments such as, "What is this two shot," "I'm glad you got to take a two shot," and "Both of you are cute."