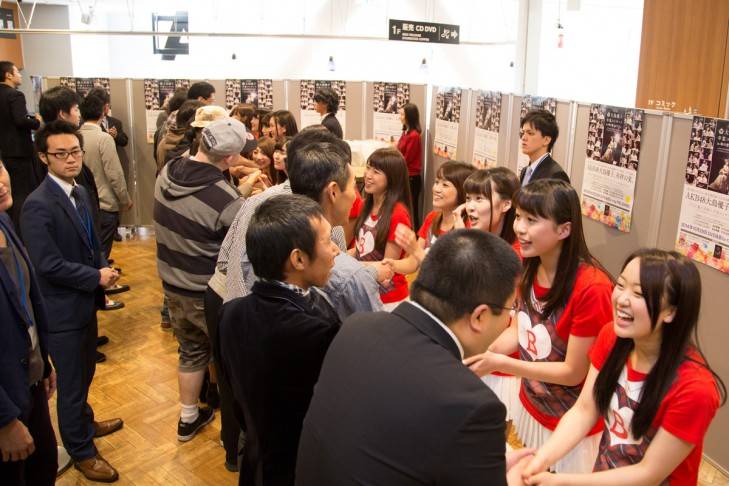 On November 3, 16 members of AKB48 and Baitoru's collaboration project 'Baito AKB' held a DVD / Blu-ray hand out event at SHIBUYA TSUTAYA as their first job.

Among the 16 members who participated in this event was former AKB48's Saeki Mika. On making her comeback in AKB's activities, she commented, "I once gave up on my dreams due to an injury, but from now on, I want to make my dreams come true by aiming to become a regular member."