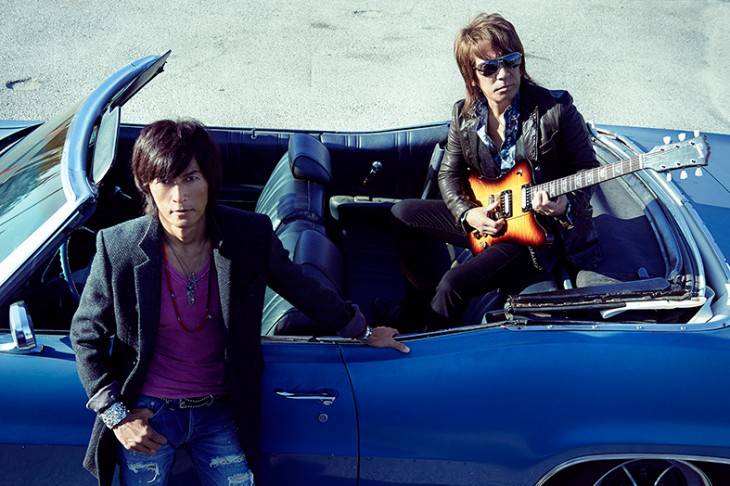 B'z will provide their new song "Exit To The Sun" as the theme song for NHK's drama 'Dark Suit', which will premiere on November 22.

Starring Saito Takumi, 'Dark Suit' is a suspense drama that tells the story of an employee of a general electronic device manufacturing company, who exposes bribes that are taking place within the company.

B'z wrote the song "Exit to the Sun" just for this upcoming drama. Regarding the song, the drama's chief producer Yaguchi Takayuki commented, "While 'Dark Suit' is a tough and profound business suspense drama, what underlies the story is the mental theme of believing in hope and holding onto dreams. The theme song is a wonderful song that provides a physical form for that mental part."

The last single that B'z released was "GO FOR IT, BABY -Kioku no Sanmyaku" in April of 2012. While the release of "Exit to the Sun" hasn't been determined yet, fans can look forward to hearing the new song when the drama begins airing.