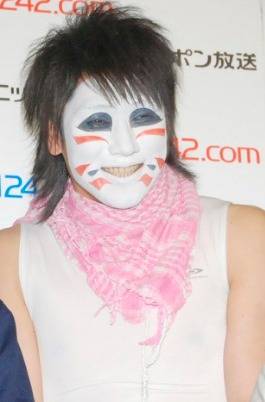 On November 14, Golden Bomber announced through their official blog that drummer Darvish Kenji will be undergoing treatment for his injured left wrist for 2 months.

About 2 weeks ago, Darvish Kenji revealed a photo of his bandaged wrist saying, "I've injured a ligament in my left wrist lol (2 months for complete recovery wao!)." On the 13th, he and fellow member Kyan Yutaka held a baseball tournament at Yokohama Stadium; however, Darvish wasn't in his best shape. He displayed his frustration with his injury; "I wanted to swing the bat around more."

While Darvish stated, "I usually don't write about my injuries... Yet, I didn't want people to think, 'He's perfectly fine playing baseball!'. I was scared that I might be kicked out of the entertainment industry because of that."

Finally, he said, "To my fans, please don't worry about me. It doesn't pose any problems to my private life," and promised, "We will definitely have a baseball tournament again."