Gouriki Ayame swings a tennis racket with her fans 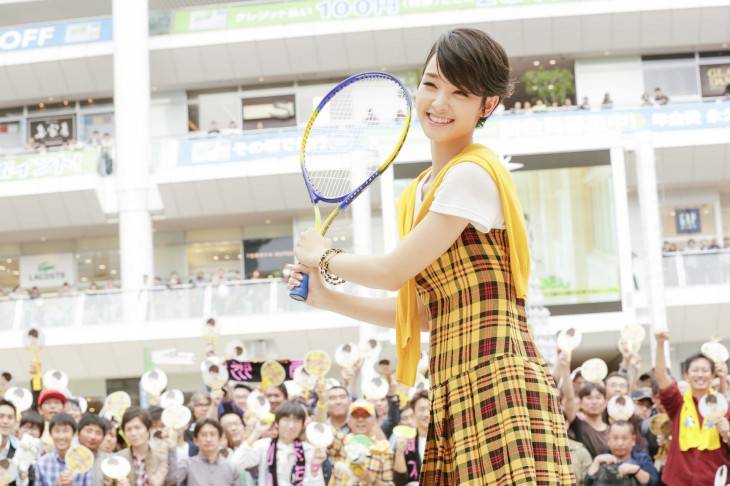 This was the last stop of Gouriki's nationwide release event tour that began on September 27. In front of her fans, she sang "Kuyashii Kedo Daiji na Hito" and showed off her "racket dance" by swinging a tennis racket during the hook of the song. The fans also joined in on the dance by swinging their fans in the shape of a tennis racket, which were given to them before the event.

In addition to the new single, Gouriki sang its coupling track "Brand New Day" and her debut single "Tomodachi Yori Daiji na Hito". She told the audience, "I'm very happy that I got to spend over a month going all over the country this time. I'm also moved to tears that so many people gathered at this event today on the last day in my hometown."