HKT48's documentary film to be released in 2015 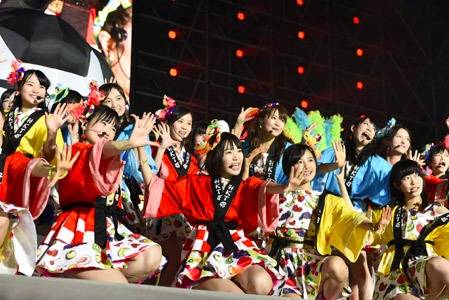 It's been revealed that HKT48's documentary film, tentatively titled 'DOCUMENTARY of HKT48', will be released in 2015.

This announcement was made on November 22 during the group's concert at HKT48 Theater which was held to commemorate the 3rd year anniversary of their stage debut. The movie will follow their 3-year career, and it will also uncover "the hidden truth" of Sashihara Rino's transfer from AKB48 to HKT48.