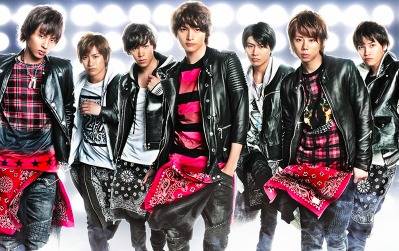 On November 7, Kis-My-Ft2 kicked off their 4 major dome tour 'Kis-My-Journey' at Tokyo Dome. During this concert, the group announced the release of their new single "Thank you Jyan!" on December 24, and their first New Year event called "Shinshun Kis-My-Fukubukuro ~Kotoshi mo Yoroshiku Thank you Jyan~!" from January 5 to 8 at Yokohama Arena.

Kis-My-Ft2 is the fastest male artist to achieve a 4 major dome tour since their debut. At a press conference before the live, the members drew names to decide their standing positions. Through the drawing, 3 members of 'Busaiku', Senga Kento, Nikaido Takashi, and Miyata Toshiya, who are usually in the back, were "promoted" to stand in the front. Standing in the very center of the members, Senga exclaimed, "It's bright, that light!" Meanwhile, Yokoo Wataru (also a member of Busaiku), who remained in the back, said, "How relaxing. I will continue to protect this spot."

Regarding the title of their new single, Tamamori Yuta commented, "We want to thank the fans who made this 4 major dome possible." For the upcoming New Year event, which is expected to draw in 165,000 people, the members will be able to interact with their fans at a close distance. The members also hope to tour both domestically and internationally next year. "Please continue to support us next year," said Senga.

The live was self-produced by the members of Kis-My-Ft2 themselves; the costumes by Tamamori, Fujigaya Taisuke, and Yokoo, the stage by Kitayama Hiromitsu and Nikaido. The members also excited fans with a dance choreographed by Senga, and there was even an comedy segment produced by Miyata.

After performing 34 songs over 3 hours, Kitayama called out to the crowd, "Our journey will continue on with everyone, so please continue to support us!"