Kitagawa Keiko and DAIGO reported to be dating 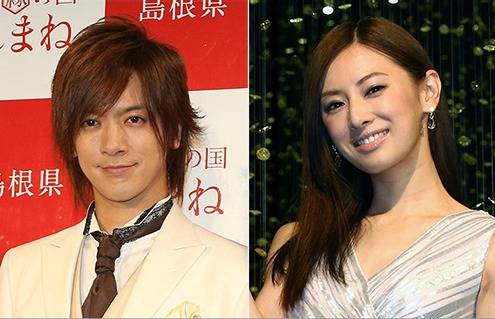 It's been reported that actress Kitagawa Keiko (28) and singer DAIGO (36) are in a serious relationship. According to sources, the two have been dating since spring.

The two met when DAIGO guest starred in the 1st episode of TBS' drama 'LADY ~Saigo no Hanzai Profile~' in 2011. While they kept in contact as friends, they had not seen each other in awhile until this January when the two co-starred in a variety TV program.

Since then, the two have gone out to several dinners with mutual friends, eventually making their relationship official in spring. As a couple, they've gone out on many dates such as dinners and concerts. Some sources say that they even wear couple rings.

Kitagawa placed first in Oricon's "ideal faces chosen by women ranking" two years in a row. She's starred in various dramas, and have recently started filming for the 2nd 'HERO' film scheduled to open in theaters next summer.

Sources: Sponichi Annex, Sports Hochi
Thanks to Karen Pang for the tip!