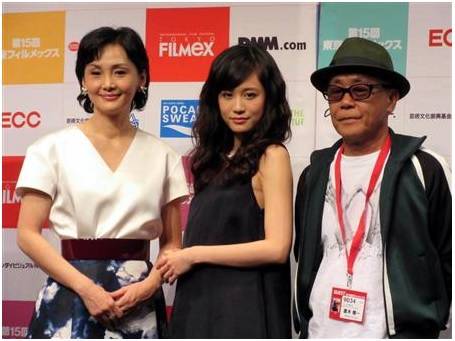 "Sayonara Kabukicho" is a drama set in Shinjuku's Kabukicho love hotels. Maeda spoke about the focus of the film, the Kabukicho red light district with "Personally, I do not go there on my own much. While it is a place where one can be free, there is a certain odd aura about the district."