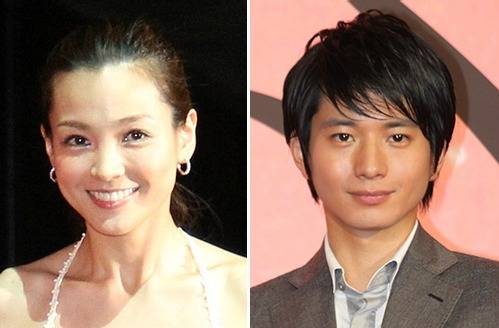 On November 20, it was reported that actor Mukai Osamu (32) and actress Kuninaka Ryoko (35) will be getting married. They are expected to register their marriage next month.

The two started dating after co-starring in Fuji TV's drama 'Hungry!' in 2012. From the very beginning of their relationship, they were already taking marriage into consideration.

According to a relevant person, "they've talked about marriage before, about 2 years ago," but Mukai was extremely busy at that time starring in dramas, movies, and stage plays without rest. From before, Kuninaka had been saying, "As a woman, I want to have children." Mukai decided that "he couldn't make her wait anymore".

Sources say that Mukai has already informed his actor friends that he will be getting married. He also invited Kuninaka to a dinner party with the cast of his drama, where he made the announcement of their engagement. Some people who witnessed the announcement said, "I didn't think he would really call Kuninaka-san. I was moved by his manly charms and how he confidently talked in front of everyone."

The couple has not planned a wedding ceremony or reception at this time.