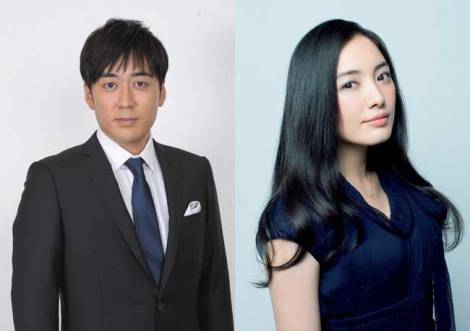 On November 16, it was announced that actress Nakama Yukie has been chosen as the presenter for TBS' annual music awards show, "Japan Record Awards." Though she has hosted NHK's "Kohaku Uta Gassen" on four occassions, this will be the first time for her to host the Record Awards.

Along with Nakama, TBS announcer Azumi Shinichiro will also serve as the presenter for the 3rd consecutive year.

Additionally, two more announcers, Masuda Erina and Yoshida Akiyo will be joining Nakama and Azumi to help them progress the show.

Nakama commented, "It is such an honor, but at the same time, I already feel nervous." She continued,  "This will be my first time working with Azumi-san as a presenter which is a relief, and I'm looking forward to it. I will do my best to liven up this big music event which will conclude the year."

The list of winners (and nominees) for each awards will soon be revealed this week, and the winner of the grand prize "Japan Record Award" will be announced during "The 56th Kagayaku! Japan Record Awards" which will be aired live on December 30.