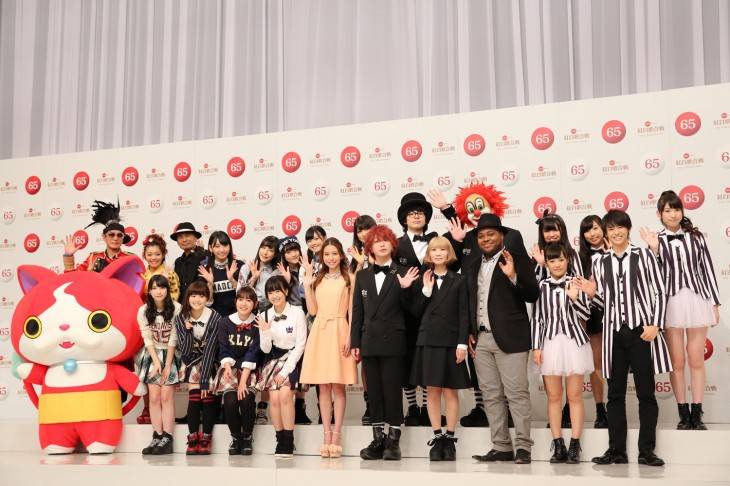 NHK has announced the artist line up for its annual New Year's Eve music program 'The 64th Kohaku Uta Gassen'.

This year's program will feature a total of 51 artists; 27 artists for the red team and 24 artists for the white team. There will be first-time appearances by HKT48, May J., and Yakushimaru Hiroko for the red team, and V6 and SEKAI NO OWARI for the white team. In addition, there will be a tie-up with TV anime 'Youkai Watch' within the program. The anime's character 'Jibanyan', along with King Cream Soda and Dream5, who sing the anime's opening and ending themes, will be making their appearances on the show for the first time.

The theme of this year's program is "Utaou. Oomisoka wa Zenin Saka de!" which translates to "Let's sing. Everyone participate on New Year's Eve!" Actress Yoshitaka Yuriko and popular group Arashi will be the hosts for the red and white teams respectively. The show will broadcast on December 31 for 4.5 hours from 7:15 pm to 11:45 pm.

Check out the line up below! (In parenthesis are the number of times appeared.)