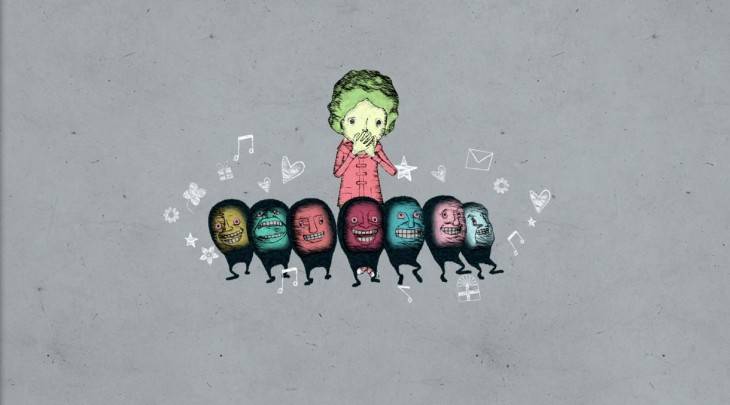 plenty have unveiled the full PV for their new song "Ikiru Sainou" via their official YouTube channel.

"Ikiru Sainou" is a track off of plenty's mini album "Sora Kara Furu Ichioku no Hoshi" that's scheduled to drop in stores on November 5. Through animated characters, the PV portrays the pain and struggles of human sexuality. It was directed by Tani Atsushi, who has previously worked on plenty's PVs for "Hito to no Kyori no Hakari Kata" and "Sora ga Waratteru".

Furthermore, plenty will kick off their nationwide tour "plenty 2014-nen Fuyu One-man Tour" on November 7. They are scheduled to hold a total of 14 shows for this tour.