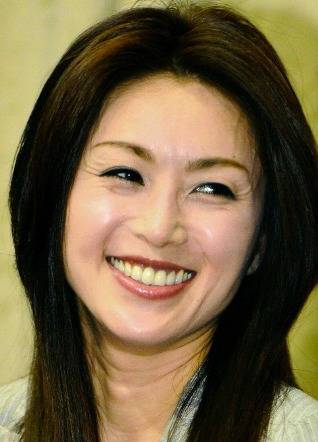 On November 14, actress/singer Sakai Noriko made a live appearance on Tokyo MX TV's '5-ji ni Muchuu!'. According to Sakai's official website, this marked her first TV appearance since making her comeback to the entertainment industry.

When asked if she's ever lip-synched during her idol days, Sakai confessed, "I've done it before." With her popularity overseas, there were times when she had to sing in Chinese, "I've been told to lip-sync so I don't make any mistakes."

Sakai claimed that she's never had to lip-sync on Japanese music programs. "I sang while sweating a lot under my nose," she reflected. She was also asked by the show's regular guest Mitz Mangrove if she still remembers sign language. To her request, she sang the hook to her hit song "Aoi Usagi" while using sign language.