Sashihara Rino gets involved with a 'Scandal' 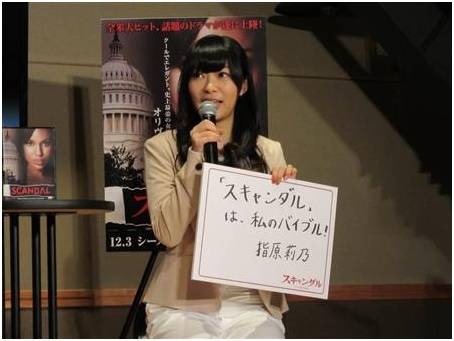 The series follows the actions of one of the most powerful female fixers (éminence grise) in history; incidentally, Sashihara appeared wearing pants in the same style as the series' heroine. Sashihara, who was transferred from AKB48 to HKT48 after a love scandal in June of 2012, did some self-reflective PR with, "I am absorbed in a scandal, but it is not my own scandal."