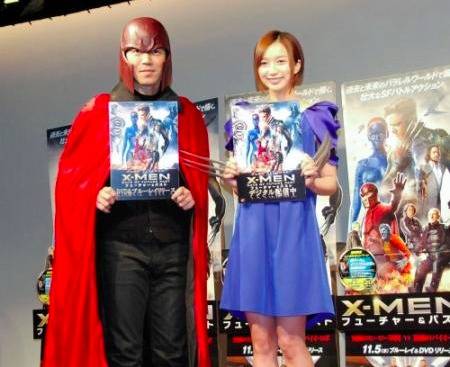 This marked Serina's first public appearance after tabloid magazine 'FRIDAY' reported Serina's romantic relationship with Kanjani8's Okura Tadayoshi (29). On this day, Serina attended the event with talento Azuma Takahiro (44), who is known as "the prince of shitamachi (downtown area)". When reporters asked, "How is your relationship going with the 'prince' from the boy group?" she showed a surprised expression and denied the rumors saying, "No, there is none."

During the event, Serina talked about her past and future. Although she turns 30-years-old next year, Serina said that she can't imagine herself getting married anytime soon. Yet, she revealed her desire of becoming a mother, "I want children." She also reflected on her days in SDN, "I'm surprised that I was in SDN. I don't want to go back."

Back in September, 'FRIDAY' published photos of Serina going into Okura's luxury apartment in Tokyo. Both agencies denied the reports with, "It is not true that they are in a relationship."