SMAP's new song to be used in CM for SHIDAX 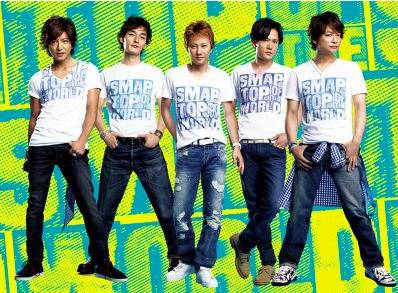 It's been revealed that SMAP will be singing the project song for SHIDAX's 'SHIDAX Heart & Smile Yuuki Project supported by JOYSOUND'.

The project, which started back in August, is run by the UNHCR (United Nations High Commissioner for Refugees). They collect donations and aim to increase social awareness in order to protect the future of children worldwide. Johnny's Jr.'s Jesse serves as the project's special supporter.

Titled "Humor Shichauyo", the project song was written by Gonpa Naruhiro, and composed by Ichikawa Yoshiyasu and Mashiko Tatsuro. It's described as a medium-tempo number with cheerful and positive lyrics. The CM, featuring SMAP's song, will begin airing on December 1. It will also be available on SHIDAX's karaoke machine 'JOYSOUND f1' across Japan.