V6 to make their first CM appearance in 14 years 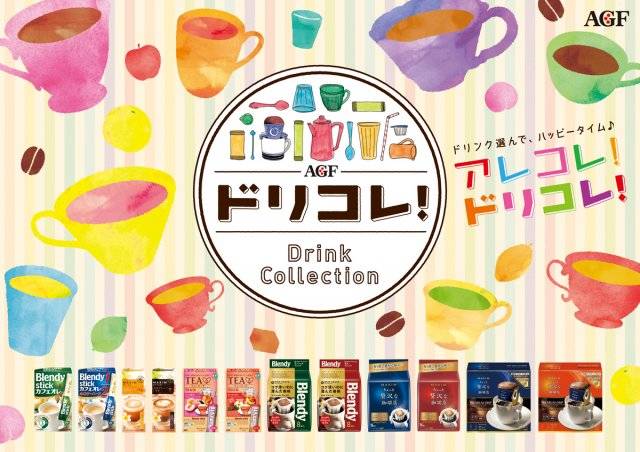 V6 have been chosen as the CM character for AGF. They will be appearing in the CM for AGF's campaign 'Dri Colle!' which will begin airing on November 21.

On November 1, V6 entered the 20th year since their debut. This will be the first time in about 14 years that all 6 members appeared in a CM together. Their last group appearance was for 'Kansai Cellular' from 1999 to 2000.

The upcoming CM begins with Okada Junichi bringing over a basket full of various drip coffee products to the members who are resting on a sofa. While the members each choose their drinks, Inohara Yoshihiko starts calling Okada by the name 'Ochada' (cha = tea). It then escalates as the other members call him 'Ochada' until Morita Go regularly calls him, "Pass me the coffee, Okada!"

During the CM shoot, the members messed around by putting "cha" into each other's names. For example, Sakamoto Masayuki was called 'Chakamoto' and Inohara, 'Inochara'. In addition, Miyake Ken was extremely moved by the drink he made himself saying, "Wow, it's so good!" Until the end of the shoot, the members created a relaxed atmosphere.

A visual featuring V6 will be displayed in the 'Dri Colle!' corners at supermarkets starting early-November. Those who purchase 2 products will receive a 'Dri Colle! Original V6 Clear Folder'.