Watanabe Miyuki to make her solo debut on Christmas Eve 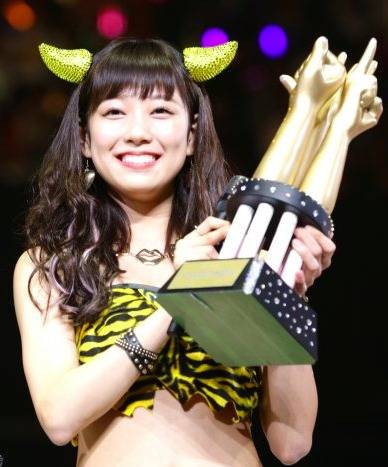 NMB48 and SKE48 member Watanabe Miyuki, who was this year's winner of 'AKB48 Group Janken Taikai 2014', will be making her solo debut on December 24.

This announcement was made on November 3 during AKB48's handshake event at Makuhari Messe. While previous janken winners Uchida Mayumi, Shinoda Mariko, Shimazaki Haruka, and Matsui Jurina became the center for AKB48's singles, this is the first time that the winner was awarded with a solo debut.

Besides the title track, Watanabe's solo debut single (currently untitled) will include a song sung by members who placed 2nd to 16th in the janken tournament with runner-up Kojima Haruna as the center.

During the handshake event, it was also announced that AKB48 will release their 6th album (currently untitled) on January 21. Furthermore, AKB48's annual event 'AKB48 Request Hour Set List Best 1033' will be held from January 21 to 25 at Tokyo Dome City Hall. While they performed 200 songs last year, they are expected to perform all 1033 songs in order of ranking.