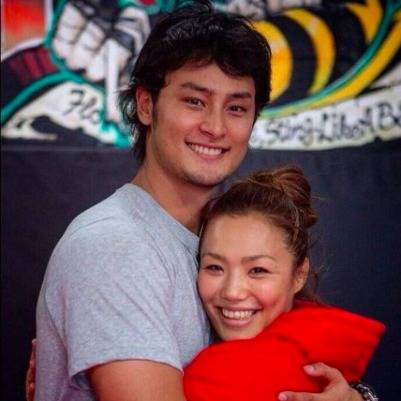 Darvish uploaded a photo of the two hugging and said, "This is a picture we took two Sundays ago." He revealed, "The two of us talked about it and we decided to date openly. Please give us your support."

Shortly after his tweet, a fan tweeted him, "Congratulations~ who are you dating?" He replied, "It's Yamamoto Seiko-san!"

Darvish married talento Saeko in July 2007. The couple had two sons, but ended their marriage in January 2012. As for Yamamoto, she married professional disc golf player Nagashima Hideaki in 2006 and gave birth to their son in 2007. The two announced their divorce in September of this year.