Anne and Higashide Masahiro to get married on New Year's Day 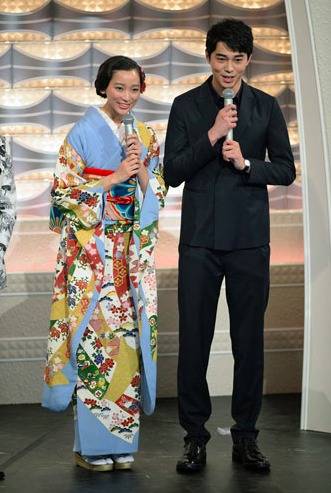 It's been reported that actress Anne (28) and actor Higashide Masahiro (26) are getting ready to tie the knot on New Year's Day.

The two played the role of husband and wife in NHK's drama series 'Gochisousan' which ended its broadcast this past March. They immediately kicked it off on set as they had similar interests. Their relationship was first reported in January, and sources say that they've been living together since summer.

Both agencies have confirmed that the couple will register their marriage on New Year's Day. They are planning to hold a ceremony and reception before early spring.

Anne and Higashide are currently shooting for dramas scheduled to premiere next month. Anne will star in Fuji TV's 'Date ~Koi to wa Donna Mono Kashira~' (Mondays at 9:00 pm) and Higashide in Fuji TV's 'Mondai no Aru Restaurant' (Thursdays at 10:00 pm).