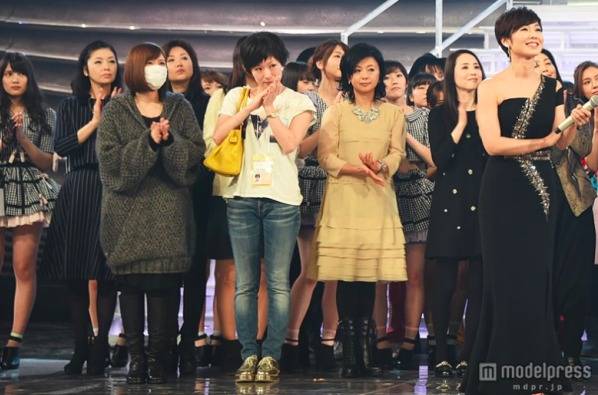 On December 30, participants of 'The 65th NHK Kohaku Uta Gassen' gathered at NHK Hall in Shibuya for a rehearsal.

Singer-songwriter Ayaka, who recently announced her pregnancy, attended the introduction ceremony wearing a gray long knitted jacket and a mask.

During the ceremony, Ayaka chatted with Sheena Ringo, who is a mother of two children, regarding motherhood. When congratulated by reporters, she bowed and gave a smile behind her mask.