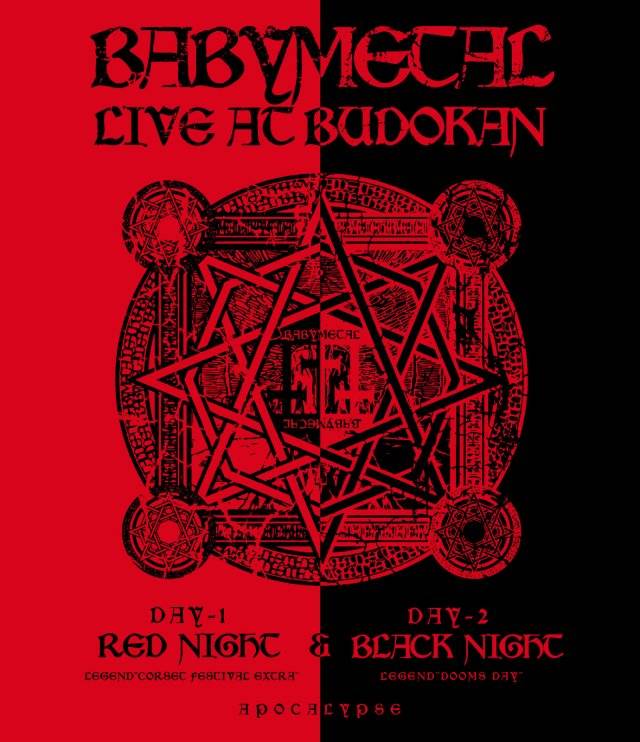 BABYMETAL will be releasing their live DVD/Blu-ray titled "LIVE AT BUDOKAN ~RED NIGHT & BLACK NIGHT APOCALYPSE~" on January 7, and its digest video has been revealed on their official YouTube channel.

The live DVD/Blu-ray has recorded footage from their 2-day live concert at Nippon Budokan which was held in this March.

In the digest video, you can see the girls performing parts of "Megitsune", "GIMME CHOCOLATE!!", "Akatsuki", and more.