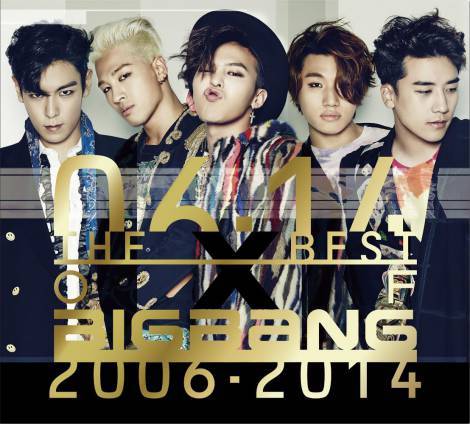 The first week sales for this album was their highest since they made their major debut in Japan back in June 2009.

This also marked the first time in 3.5 years for the group to top the Oricon charts since their last top-charted work, their 2nd album 'BIGBANG2' which was released in May 2011.

"THE BEST OF BIGBANG 2006-2014" was released to commemorate their 5th anniversary since their debut in Japan and their 5-major dome tour which just started last month.

The album comes with 3 CDs that contain 50 of their hit songs.