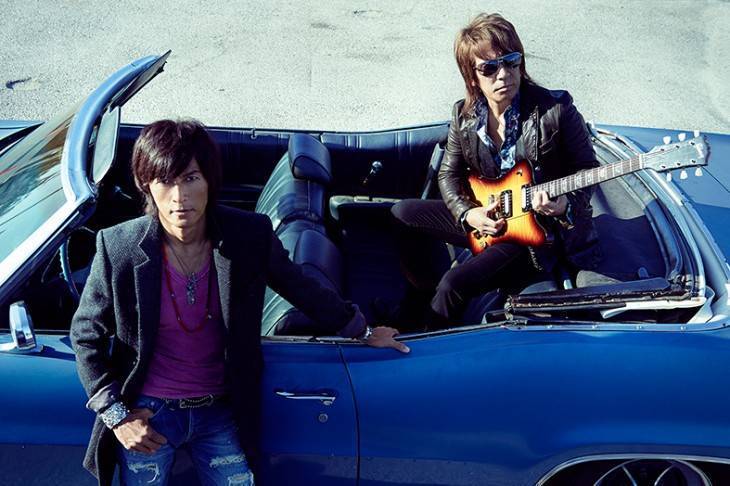 B'z will finally release a new single, titled "Uchouten", on January 14. This will be their first single release in about 3 years.

After celebrating their 25th anniversary in 2013, the members of B'z each began their solo activities in early 2014. "Uchouten" is a hard number that will be used as the theme song for NTV's drama 'Gakkou no Kaidan' (begins January 10).

Besides the title track, the single will include a song called "Endless Summer". In the limited edition DVD, you will find live footage to 9 songs they performed during 'B'z Special LIVE' on November 30, 2013 at EX THEATER ROPPONGI.

In addition, B'z will hold a nationwide tour called 'B'z LIVE-GYM 2015 -EPIC NIGHT-'. According to the first schedule revealed at this time, the tour will kick off on March 11 at Harmonie Cinq Kitakyushu Soliel Hall (Fukuoka) for a total of 27 shows. While the release date has not been determined at this time, B'z is scheduled to release their new album "EPIC DAY".