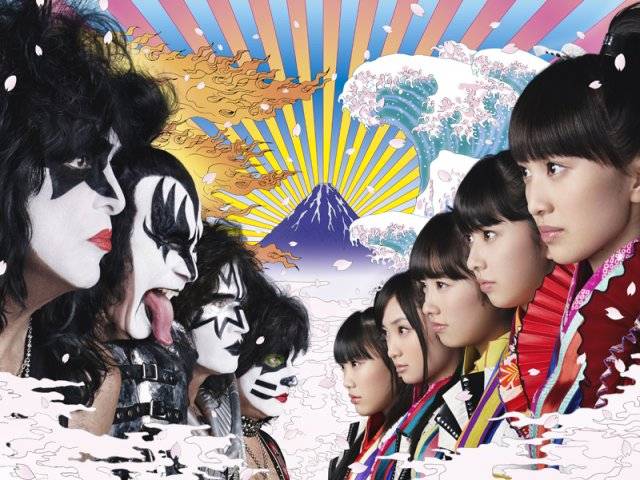 It's been revealed that a collaboration single between Momoiro Clover Z and KISS will be titled "Yume no Ukiyo ni Saitemina".
The single will be released under name of "Momoiro Clover Z vs KISS" on January 28.

The title track was written by Paul Stanley and Iwasato Yuho, composed by Greg Collins, and arranged by KISS and Greg together. It is sung by Momoclo, and played by KISS, while KISS also participates in chorus.

"Yume no Ukiyo ni Saitemina" will come in "Momoclo Edition" and "KISS Edition". Both editions will have the title track and one same coupling track, but the "KISS Edition" will include one more track titled "SAMURAI SON", which was made using "Yume no Ukiyo ni Saitemina" as its base.  It is sung by KISS while Momoclo members participate as a chorus. The "Momoclo Edition" will come with a Blu-ray disc which contains the music video for the title track instead.