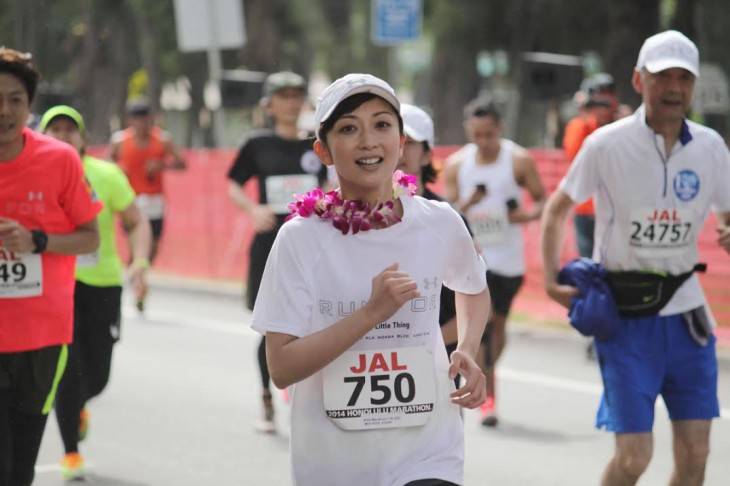 This was Mochida's first time running a full marathon. Despite the unfavorable weather, she finished the marathon in 6 hours 42 minutes 56 seconds. After running the marathon, Mochida commented, "Feeling the wind, running with all sorts of people, and running firmly above the ground. I found all of these things to be beneficial. I want to eat good food and drink beer."

While Mochida ran the marathon, Ito Ichiro participated in the walking event 'JAL Honolulu Marathon Race Day Walk'. He said, "I normally don't walk 10 km, so I was able to have gain new understanding of the joy of walking." He also commented on Mochida's marathon completion, "Although she didn't have much time to prepare, she trained hard as if it were her profession. She did really well!"

On December 12, Every Little Thing appeared in the live event 'JAL Honolulu Marathon Luau'. In front of 4,000 people, they performed a total of 8 songs such as "Over and Over", "White christmas", and Carpenters' "Close To You".