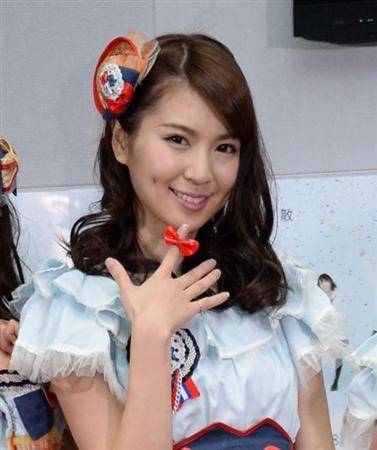 On December 21, former AKB48 member Kikuchi Ayaka (21) announced on her official blog that she got married on November 22, and she is currently pregnant.

She is also reporting that she appears as the house model for the next issue of a beauty magazine "MAQUIA" (to be released on the 22nd).

According to sources, her husband is a 25-year-old non-celebrity man. Kikuchi met him through an acquaintance's introduction after she graduated from AKB48 this past April. They began dating, and while considering marriage, they found out about Kikuchi's pregnancy. The couple registered their marriage on November 22.

They are planning to hold a wedding ceremony and reception party early in the new year, and she will have the baby in the summer.

Kikuchi joined AKB48 in 2006, but she was fired in August 2008 due to a scandal. However, she returned to the group as a Kenkyuusei after passing an audition in December of the same year.

She was also a part of the group's sub-unit Watarirouka Hashiritai, and after she graduated from the group, she started her career as a model.

According to her official blog she will continue working while considering her condition.