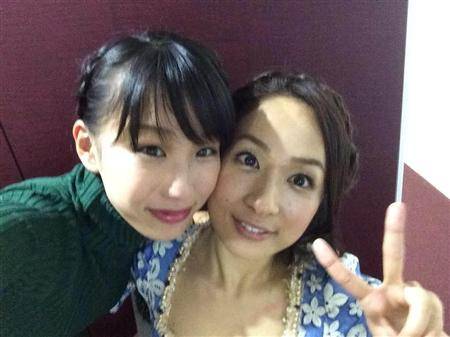 Talento Ichinose Ayaka and actress Sugimori Akane announced that they would be holding a wedding ceremony and reception party on April 20th next year.

According to Ichinose's agency, the couple met with each other at a gay bar in Shinjuku in October 2012, and they started living together in the spring of last year.

Ichinose released a comment through her agency, "We hope that same-sex marriage will be legal in Japan too, and it will be great if our wedding ceremony could be one step forward for it."

Ichinose came out of the closet that she was a lesbian through "FLASH" magazine back in April 2009.