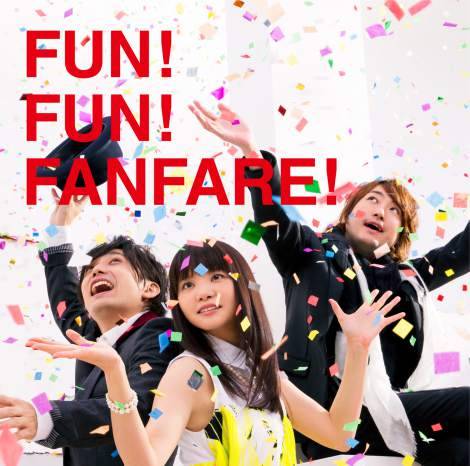 This marked their 7th consecutive chart-topping album since 'My song Your song' which was released in December 2008.

With this album, they have become the first male and female mixed group to top Oricon's album ranking chart for 7th consecutive times since the ranking started in January 1970.
Previously, the best record was held by DREAMS COME TRUE with 6 consecutive albums topping the ranking which was accomplished 18 years and 9 months ago.

'FUN! FUN! FANFARE!' contains a total of 14 tracks including 9 tie-up songs which were used as CM songs and as theme songs for movie, drama, or anime.

Meanwhile, Ikimonogakari is slated to perform at "the 65th NHK Kohaku Uta Gassen" on New Year's Eve for the 7th consecutive year.