Kimura Kaela to voice a dog character in 'Moomins' movie 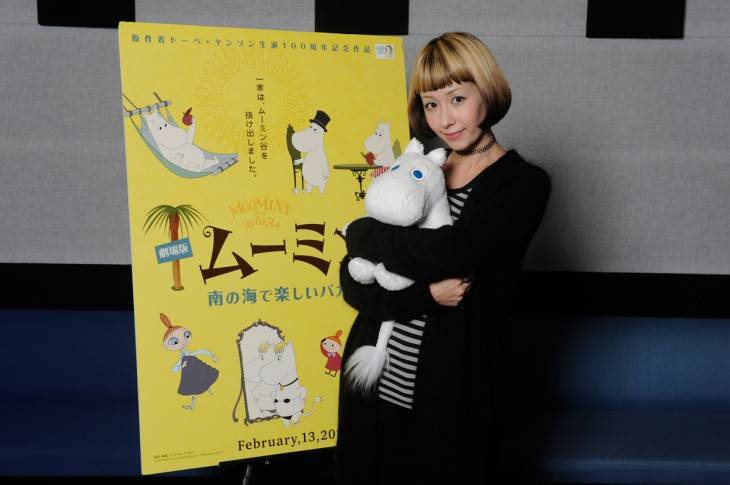 It's been revealed that Kimura Kaela will be lending her voice in the animated film 'Gekijouban Moomins Minami no Umi de Tanoshii Vacances' (February 13 release).

The movie will commemorate the 100th anniversary of 'Moomins' author Tove Jansson's birth. Kimura voices the character 'Pimple', a dog that Moomin and his friends meet during their vacation. This is Kimura's first time voice acting in a feature-length anime film.

Kimura will also provide her song "eye" as the movie's image song. This song will be included in her new album "MIETA" that's due out on December 17.